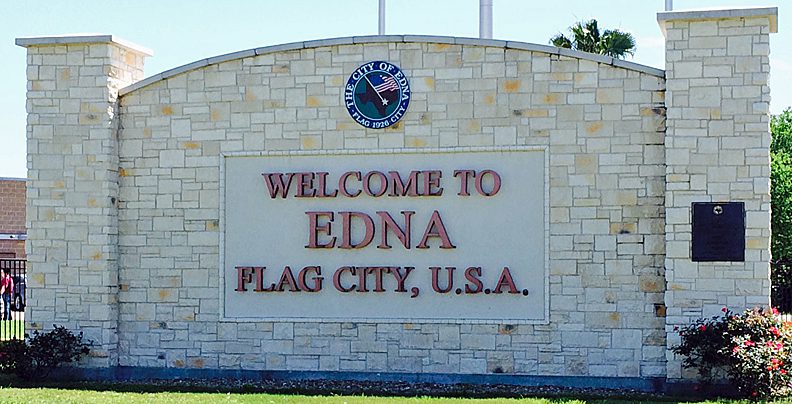 Attorney(s) appearing for the Case

This is an appeal from a summary judgment, which was rendered adverse to Mrs. Alice Dean Westbrook, et al, plaintiffs-appellants. A background statement is deemed necessary to put this appeal in proper perspective.

On June 29, 1972, Gerald Vernon Westbrook was killed in a collision between his truck and a truck that was owned by Jerome Tater, d/b/a J & J Enterprises, and which was being operated by James Hopes, an employee of Tater. The accident occurred in the city limits of Edna, Texas. Suit was filed in September, 1972, by Mrs. Alice Dean Westbrook, the widow of the deceased, individually and as next friend of her four children against Jerome Tater, d/b/a J & J Enterprises, and the City of Edna, for damages on account of the death of Mr. Westbrook. The cause was docketed under No. 5896.

At the time of the accident, Jerome Tater had a contract with the City of Edna for the collection and disposal of garbage. James Hopes was driving Tater’s truck in the furtherance of that contract when the collision occurred. Plaintiffs alleged in their petition that Tater and Hopes were employees of the City of Edna, hereinafter called the “City,” and that the City was liable under Tex.Rev.Civ.Stat.Ann. art. 6252-19, § 3, the “Texas Tort Claims Act,” for the damages sustained by plaintiffs by reason of the negligence of Tater and Hopes. In the alternative, it was alleged that should it be held that Tater was an independent contractor at the time in question, the City delegated a governmental function to him, but negligently failed to require him to carry comprehensive insurance of $100,000.00 to $300,000.00, as provided by the Texas Tort Claims Act, and although Tater had a contract with the City which provided for such coverage, the City negligently failed to require him to carry out the provisions of the contract, to plaintiffs’ damage.

The City filed a motion for summary judgment as to that part of plaintiffs’ cause of action which asserted that Tater and Hopes were employees of the City who were acting under the direction and supervision of the City Manager of the City in the operation of the garbage truck at the time of the occurrence in question. The City also filed a motion to sever the action based on the allegations that the City was negligent in failing to require the defendant Tater to carry the liability insurance provided by the contract from the action based on the negligence of Tater and Hopes.

The trial judge granted the City’s motion to sever and severed the action for negligent failure to enforce the insurance provisions in the contract out of Cause No. 5896, which was docketed under No. 5896-A. The severed cause of action, No. 5896-A, was ordered held in abeyance until the rendition of a final judgment in Cause No. 5896. The trial judge, in Cause No. 5896, then granted the City’s motion for summary judgment and, in effect, held that the City was not liable under the Texas Tort Claims Act for any damages sought by appellants because of the negligence of Hopes. This Court dismissed as interlocutory an appeal from that summary judgment. See Westbrook v. City of Edna, 501 S.W.2d 437 (Tex.Civ.App.—Corpus Christi 1973, writ ref’d n. r. e.).

In the trial of Cause No. 5896 against Tater, the remaining defendant, which commenced on September 16, 1974, the jury returned a verdict in favor of plaintiffs (appellants) against Jerome Tater in the total amount of $373,466.56. The judgment, which was signed on September 30, 1975, in addition to providing for the payment of specific sums of money to certain named parties, further decreed:

“It is further ORDERED, ADJUDGED AND DECREED that the Interlocutory Summary Judgment heretofore granted to the Defendant City of Edna should be merged into this judgment and made final,…”No one appealed from that judgment in Cause No. 5896, and it became final long before summary judgment was signed and rendered in Cause No. 5896-A, the case now before us in this appeal.

Following the return of the jury verdict in Cause No. 5896, appellants amended their petition on file in Cause No. 5896-A. They alleged that Tater, d/b/a J & J Enterprises, was an independent contractor at the time and date of Mr. Westbrook’s death; that the City contractually required Tater to carry comprehensive general liability insurance “in the legal limits of $100,000/$300,000”; that although the contractor originally “filed with the City an insurance bond in accordance with the limits required, the same was cancelled a long time prior to the collision”; that the City did nothing about it, which was negligence, and “in dereliction of its duty to the driving public”; that the contractor does not have any property with which to satisfy the judgment, save and except “a $10,000.00 liability insurance policy”; and that they (appellants) are limited to recovery on the judgment in Cause No. 5896 as may be obtained from the City. Appellants prayed for a recovery against the City in the specific amount of $334,033.72. In short, the nature of the action in the severed Cause No. 5896-A is for the recovery of an economic loss, which is measured by the difference which appellants would have received under the judgment in Cause No. 5896 against Tater, d/b/a J & J Enterprises, had the City required Tater to maintain liability insurance coverage of $100,000/$300,000, and the $10,000 which they did receive under the judgment in that cause.

After the judgment in Cause No. 5896 became final, the City filed a motion for summary judgment in Cause No. 5896-A, which was granted, and summary judgment in favor of the City was signed on December 11, 1976. That judgment is before us in this appeal. Summary judgment proof showed that Tater had $100,000/$300,000 liability insurance coverage when the contract was executed in 1969, and that this was known to the City. Such proof further showed that sometime later and prior to the date when Mr. Westbrook was killed in the collision, the insurance coverage, without the knowledge of either Tater or the City, was reduced to $10,000 per injury.

Appellants contend in this appeal that the City is liable to them for the unsatisfied portion of the judgment in Cause No. 5896 on the theory that when it entered into a contract with Tater to handle its garbage pick up and disposal, it, therefore, required Tater to comply with the Texas Tort Claims Act by taking out $100,000/$300,000 liability, “as required by the Act.” They argue: “if a City has no obligation to the public under such circumstances a City may circumvent the salutary terms of the Texas Tort Claims Act by merely contracting away a governmental function to an independent contractor without requiring him to do anything.”

The question of liability, if any, on the part of the City under the Texas Tort Claims Act because of the negligence of Hopes in the manner in which Hopes operated Tater’s truck at the time in question, was adjudicated adversely to appellants in the interlocutory summary judgment which was made final in the final judgment in Cause No. 5896. Since appellants did not perfect an appeal from that judgment, it was res adjudicata to appellants on the date summary judgment was rendered in Cause No. 5896-A, and is a bar to any cause of action asserted by them under the Texas Tort Claims Act against the City for the negligence of Hopes or Tater concerning the accident which claimed the life of Mr. Westbrook. Abbott Laboratories v. C. K. Gravis, 470 S.W.2d 639 (Tex.Sup.1971).

Section 9 of the Texas Tort Claims Act authorizes, but does not require (as contended by appellants), the purchase of insurance by a governmental unit. Section 14(7) of the Act omits from the scope of the Act any claim predicated on discretionary acts by a governmental unit. The Act effects only a limited waiver of the defense of governmental immunity, and does not purport to abolish governmental immunity in its entirety. Dobbins v. Texas Turnpike Authority, 496 S.W.2d 744 (Tex.Civ.App.— Texarkana 1973, writ ref’d n. r. e.); Sarmiento v. City of Corpus Christi, 465 S.W.2d 813 (Tex.Civ.App.—Corpus Christi 1971, no writ); Greenhill & Murto, Governmental Immunity, 49 Tex.L.Rev. 462 (1971).

The Texas Tort Claims Act applies to a suit for damages for personal injuries or wrongful death as set out in Section 3 thereof, which provides in part:

The law is well settled in Texas that a city, when performing a governmental function, except in a situation within the purview of the Texas Tort Claims Act, is not liable in damages for the torts of its officials, agents or employees. Scroggins v. City of Harlingen, 131 Tex. 237, 112 S.W.2d 1035 (1938); Luvaul v. City of Eagle Pass, 408 S.W.2d 149 (Tex.Civ.App.—Corpus Christi, 1966, writ ref’d n. r. e.). And, it has been uniformly held that a city, in maintaining garbage disposal, is engaged in a governmental function and is, therefore, immune to liability for the negligence of its officials, agents or employees. City of Houston v. George, 479 S.W.2d 257 (Tex. Sup.1972); Meska v. City of Dallas, 429 S.W.2d 223 (Tex.Civ.App.—Dallas 1968, writ ref’d). The fact that in this case the City did not, itself, maintain a garbage disposal system but contracted for the disposal of garbage does not change that rule.

In City of Dallas v. Smith, 130 Tex. 225, 107 S.W.2d 872 (1937), it was held that there was no liability on the part of the City of Dallas because of its hiring of known incompetents to perform a governmental function. It was held in Mayes v. City of Wichita Falls, 403 S.W.2d 852 (Tex. Civ.App.—Fort Worth 1966, writ ref’d n. r. e.), that the City of Wichita Falls was not liable for failing to properly instruct or supervise an employee in the exercise of a governmental function.

In the instant case, assuming arguendo, that the City was negligent in failing to require Tater to maintain $100,000/$300,000 general liability insurance in force, and that such failure was a proximate cause of the economic loss sustained by appellants, the City would not be liable to appellants for the negligence of its Mayor, Councilmen or City Manager in failing to enforce the insurance provisions of a contract which delegated to a third person the performance of a governmental function.

We have read the entire record. We have carefully considered all of appellants’ points. None of them have any merit. All such points are overruled.

The judgment of the trial court is AFFIRMED. 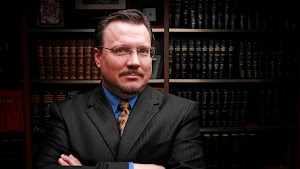 We Are Also A Debt Relief Agency. We Help People file for Bankruptcy Relief Under the Bankruptcy Code.